‘’The best among you (Muslims) are those who learn the Qur'an and teach it."(Sahih-al-Bukhari) so, the goal of the Ibrahim Academy Online is to spread the light of Islam and educate religious knowledge following Allah Almighty's instructions, Hadith, and Sunnah. We offer both onsite and online courses.

In 2016, Peer Zulfiqar permitted Ibrahim Academy to launch an online branch and offered a great Quran learning experience for children & adults around the world from the comfort of their homes. Our academy has expert, highly qualified, and experienced tutors. The effective ways of teaching including both traditional and conventional methods make our institute more prominent all over the world.

Shaykh Zulfiqar Ahmad (DB) is one of the leading Shaykhs of Tassawwuf in the present era, formally granted authorization (Ijazah) in the Naqshbandi Spiritual Path (Tariqah), he has devoted himself entirely to the service of Islam.

He regularly travels to more than forty countries and delivers lectures in both English and Urdu, transforming the lives of people all over the world. A testament to his deep love for Allah, this uncompromising dedication to sunnah of the blessed Prophet (May the blessings and peace be upon him) and his firm adherence to Islamic law (Shariah) is that thousands of religious scholars and students of Islamic learning are among his students (murids). Furthermore, he has written more than 150 books, many of which have been translated into several languages. Dozens of institutes of Islamic learning have been established directly by him or by his students, such as Ibrahim Academy under the supervision of his Khalifa Shaykh Hafiz Mohammad Ibrahim Naqshbandi (DB).

His talks and writings are available at his official website www.tasawwuf.co

Sheikh Hafiz Mohammad Ibrahim was born in Karachi. He move to Lahore at the age of 3 years and has been living there since then. His father Sheikh Mohammad Saleem (DB) is a devoted personality, as quoted by Hazrat Ibrahim, He is supervising the construction and extension of Khanqah. Sheikh Mohammad Yaqoob, the grandfather of Hazrat Ibrahim was very close to Hazrat Molana Ghulam Habib (May Allah shower his blessings on him). Hazrat Yaqoob was the hand behind Hazrat Ibrahim who guided his grand son to Hazrat Molana Peer Zulfiqar Ahmed Naqshbandi, Sheikh Mohammad Yaqoob also took him to his family business in 1990 when he completed the learning of Holy Quran from world famous Jamia Ashrafia of Lahore. Sheikh Ibrahim is still engaged with the business and mission of promoting the message of Allah (SWT) besides earning for living.

Hazrat Sheikh Ibrahim joined Hazrat Peer Zulfiqar Naqshbandi (Hazrat Jee) to learn the lesson of Sulook (Journey of Kindness) in 2003, and his endeavors reached to the level in 2008. When Hazrat Peer Zulfiqar (DB) awarded him permission (Khilafat) to extend the message of Allah (SWT) to other people in accordance to the path defined in Naqshbandi.

Hazrat Ibrahim has been very actively extending this gift (of khilafat) from his Sheikh, Hazrat Jee for the benefit of other people (May Allah give him long live with full of strength and blessings). With the permission of Hazrat Jee he established Khanqah at Ambala House, House No. 31/A Lane No. 2 Sector A-1, GECH Gate No. 2 Township, Lahore. This Khanqah is also working now as Jamia Ruqyyah lil Banaat (For Girls) May Allah spread it’s benefits to all Muslims. (Ameen). Another branch of this Jamia has also stated near Shah Jamal, Lahore. Both of these institutes are supervised internally by the wife of Hazrat Sheikh Ibrahim, who is also graduated scholars (Aalimah) from Hamna Centre.

In addition to his preaching at his Khanqah, Hazrat Ibrahim has a very busy schedule of giving lectures at different places. At least give preaching lectures are normally scheduled every week, and no single day is free of any lectures.

The biography of his legendry Sheikh Hazrat Molana Peer Zulfiqar Naqshbandi talks about Hazrat Ibrahim (DB) in the following words:
Basically he belongs to Karachi. He is Hafiz-e-Quran. He attached with Hazrat Jee for a long time. He remain connected with Hazrat Jee for rectifications and guidance. He is pious young man. He has been guided by Hazrat Jee and eventually, he awarded him with the responsibility of Khilafat. He is actively working for this mission. He spends three days a month in Karachi and delivers programs in different mosques, which is beneficial for many people.

She is a wife of Hazrat Mohammad Ibrahim Naqshbandi and is known by her students as Amma Jaan. She was born in Karachi and after her marriage, she completed an Aalima course from Jamia Tahiraat.

After she completed her aalima course, she was part of administration and management at Hamna centre and also taught different subjects such as Sart, Hidayatun, Nahw, and specially Sirajeen. She took Bayt from Sheikh Hafiz Peer Zulfiqar Ahmed Naqshbandi in 2003, and then started Ilm of Islamic Spirituality and Tasawwuf. In 2014, Hazrat Jee insisted her to make her own madarsa which she did and named it Jamia Ruqayya lil Banaat. For 4 years this adarsa has been running and the madarsa received title of halaqaf. In this madarsa students are learning aalimah course and also learning tasawwuf and Islamic Spirituality through their Bayt. She has also been doing Dora-e-Quran for 8 to 9 years, and also teaches Tafseer Ul Quran especially for Soorah Noor and Soorah Rahman. She advises women who are bayt and helps with their personal issues there are 4 branches of Jamia online and onsite and she manages these branches as well. She also travel to different cities to give lectures and conducts workshops about modesty, libas tajhees and tadfeen.

Our courses are designed to educate and empower our Sisters with the requisite knowledge of their religion in the light of a changing world. Our courses and classes are categorized such as Qur’an With Tajweed, Hadees, Islamic History, and many more.

During this pandemic, we are offering online classes to our students. All classes will be taught online by well Qualified Islamic Teachers from Monday to Thursday.

Fill the registration form to join the classes starting from this week.

We provide both physical and online courses.

We charge a Reasonable fee

She has done a 3 year Darsaat Course from Madarsa Usmania lil Banaat Karachi, Hifz Quran from Iqra Rozatul Atfal, and a Tajweed Arabic course from an Ustad from Madina Munawara.

She has done an Aalimah course from Darul Uloom Karachi. Currently she is a Nazma in Madarsa Ameeniya lil Bannat Karachi. She has been teaching Fiqh, Tajweed, Hadees, Quranic Arabic, Tafseer Hazra and Hifz since 2003. She is in the progress of studying Taleem of Hifzul-Quran. 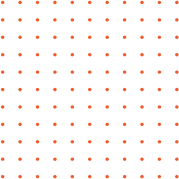 You know that zakat, or charity, is the Third Pillar of Islam, major teaching. Being charitable and providing for the needy are important features of the Muslim character.

Good Reviews From The Peoples Who Got Success Learning Our Courses